Boys Can Party Too 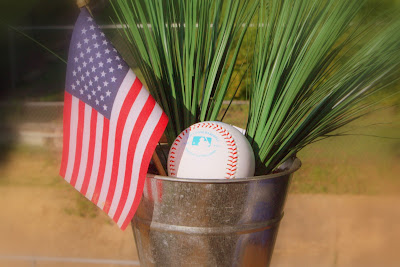 In the days when I haven't been typing feverishly upon my laptop (or traipsing around famous St. Louis landmarks), I've planned, prepared for, and delivered upon the promise to return to the boys the favor I gave to Pookie - of a party. For no real reason. Monday last week was the All Star Homerun Derby. Here in downtown St. Louis. Since only my husband had tickets, the boys agreed it would be a great day to party at home. (And hubby stayed home to help with the party instead of attending the downtown festivities. Can you believe how awesome he is?!) 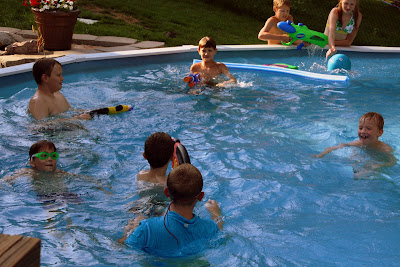 Again this time, we cut $ and x corners by phoning the attendees rather than sending formal invitations. This technique seems to work for us since all but one young boy was able to attend. (And because Mom procrastinated about moving forward on the party until, let's admit it - the last minute...) We took on a baseball theme with food - including hotdogs, of course, plus nachos and pretzels. Even Cracker Jacks - in the old-fashioned boxes! 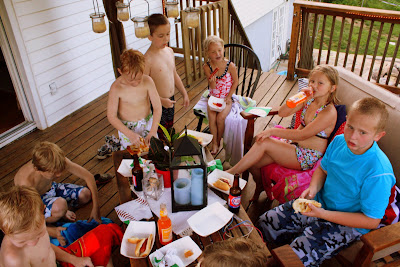 We planned plenty of backyard activities for the 14 boys. We set out all the baseball gear. You know. Just in case. (It was a baseball party, after all.) Plus the slip-n-slides. And then, of course, there's the pool. (a no brainer. unless it rains. *stress* *cry* *pull hair* *pray* *plan a 'just in case'*) And inside we planned to show the derby at 7:00 plus offer Homerun Derby on Backyard Baseball - Wii style - in the basement. 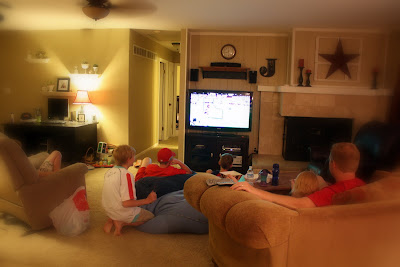 All t's were crossed and i's dotted, I believe. 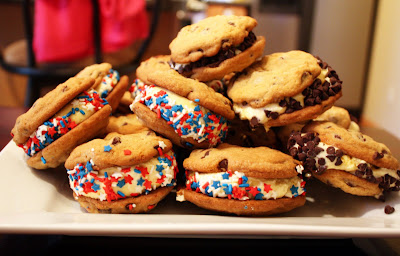 The boys had a blast. And ate a ton of food! I love that we recently repurposed a room in our basement - previously the study, now 'the media room' - complete with new leather sectional, big honkin' TV and the Wii - so some boys went downstairs, some boys stayed upstairs, and some boys - die hard swimmers - just stayed outside. It never felt like 14 boys.